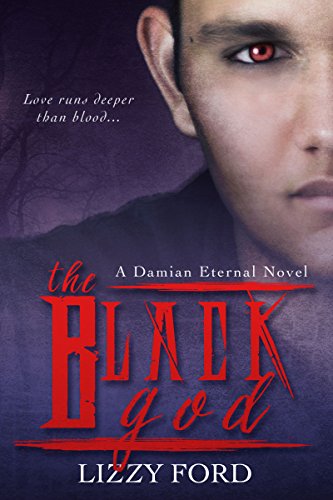 Jonny Rodriquez ascended to his position as the Black God mere days after learning he was a Natural, a human with supernatural abilities. He gave up all thoughts of a normal life, as well as his humanity, to lead the ongoing struggle between the vampires he commands and the Guardians – the immortals charged with protecting humans.

Six grueling years later, he’s managed to reconcile who he is and what he must do to maintain order and control. However, the old guard in his vamp army resents the changes he’s made as part of a truce with the White God. Jonny’s army splinters in two, and the old guard tries to rekindle the war between vamps and Guardians. Jonny has little time to crush the rebellion before any chance at coexistence with humanity is gone.

When a vigilante disables his ability to track the rogue vamps, he’s forced to confront a face from his past, one he’s never truly forgotten. His first love, Ashley, is everything he doesn’t need in his life. She’s reckless, stubborn, and strong, a Natural whose warrior abilities are unmatched. Worse, she’s the adopted daughter of Xander, the Original Vamp, who Jonny needs on his side to keep the Guardians from attacking until he has his house in order.

With civil war looming, a furious White God at his doorstep and dwindling allies, Jonny can’t humor his lingering feelings for Ashley and walks away – or tries to. When Ashley’s life falls into Jonny’s hands, he’s forced to realize that sometimes, love runs deeper than blood.