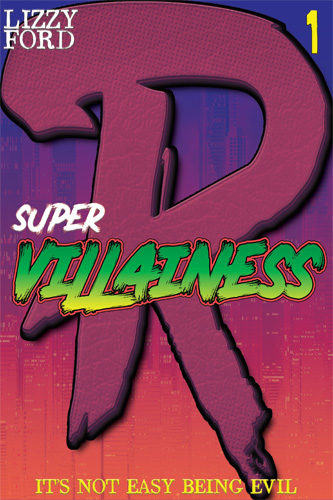 Sand City, a town in the Pacific Northwest, where the rents are too high and the rain never stops. On the surface, it appears normal – except this city is run by General Savage, an alleged supervillain. Fleeing Chicago and the disastrous mistakes of his past, Doctor Kimber Wellington accepts a job at the only hospital willing to hire him. Grateful for a second chance, he ignores the city’s strange obsession with supervillains. That is, until the daughter of General Savage nearly dies in his arms. Kimber couldn’t be any more different than Reader, the self-professed supervillainess-in-training, who insists she has superpowers that just so happen not to work around him. She’s deranged, violent, abrasive – and has never known kindness from anyone else. But helping her places Kimber in the crosshairs of Reader’s arch-nemesis. Drawn to the part of her that’s good yet horrified by her dark, violent world, Kimber finds himself at a crossroads: stay in Sand City at the potential cost of his own life, or abandon the city, people and the compelling supervillainess who need him. Tentative Release Date: Mid-May

About the Author: admin